Hydrogen is the most abundant element in the universe, and the first element on the periodic table. It is literally everywhere – it’s found in the sun, the stars, and water – we can’t see it though because it’s colorless and odorless. H2 is the simplest element in the universe because it has no neutrons. What isn’t commonly known is that H2 is a powerful tool that can be used to fight the ravages of aging. Following are 3 benefits of drinking hydrogen water. Free radicals are unstable molecules that lack an electron. Because of this instability, free radicals are able to alter the chemical structure of cells by damaging DNA and proteins. Free radicals are the result of natural processes in the body, such as nutrient deficiencies, emotional issues, trauma, poor sleep, alcohol consumption, and excessive exercise. They’re also produced by external factors, including environmental pollution, inflammation, smoking, ionizing radiation, and UV radiation from sun exposure.

These damaging free radicals show up in the skin as premature wrinkling, an uneven skin tone, dehydration, a dull complexion, and the breakdown of collagen, the skin’s primary structural protein. They also play a primary role in the progression of inflammatory disorders like autoimmune conditions, diabetes, and even cancer.

Reactive oxygen species (ROS) comprise both free and non-free radical oxygen intermediates that include the harmful hydroxyl radical, and the beneficial free radicals like superoxide, and hydrogen peroxide. ROS are crucial mediators of cell signaling, and are involved in cell proliferation, hypertrophy, and would healing. They are the byproduct of biochemical reactions, such as oxygen metabolism in the mitochondria and various enzymatic reactions. They’re also produced during exercise.

ROS are particularly problematic because they’re derived from oxygen, which has two unpaired electrons instead of one, making them highly reactive. This instability can make them extremely toxic to cell membranes, proteins, lipids, and nucleic acids.  Excessive ROS activate inflammatory signaling pathways, and the production of inflammatory proteins, which can lead to premature aging of the skin. Where does hydrogen fit into this equation? Hydrogen neutralizes reactive oxygen species and their damaging effects.

2. Hydrogen Is An Antioxidant

Molecular hydrogen (H2) is two hydrogen molecules paired together. H2 is a selective antioxidant that combats oxidative stress in the body by neutralizing free radicals, turning them into water, where they can be eliminated from the body. The term “selective” refers to its ability to target only cyotoxic free radicals, without impacting beneficial signaling pathways, or neutralizing defense enzymes and antioxidants, such as glutathione, superoxide dismutase, catalase, nitric oxide, and hydrogen peroxide.

We all know how amazing vitamin C is for the skin. Hydrogen takes this antioxidant capacity to an entirely new level since it is significantly more potent than vitamin C. H2 neutralizes the harmful effects of free radicals by donating its own electrons to stabilize them, thereby preventing further oxidative damage. Due to its small molecular makeup, hydrogen is able to easily enter cells, and their organelles, by penetrating cell membranes. 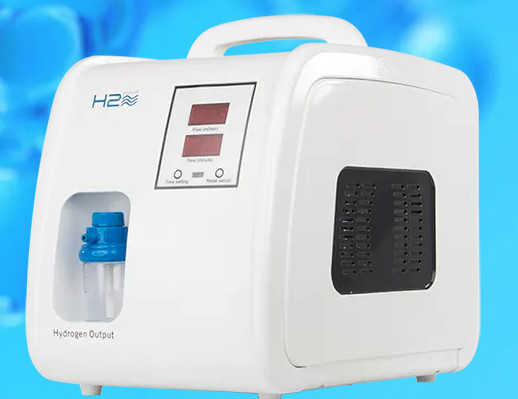 In an ideal world, we would all have adequate antioxidant defenses in our skin to negate free radicals and oxidative stress. Unfortunately, these defenses can become overwhelmed due to toxicity and poor lifestyle habits, exposing our skin to the ravages of free radicals.

This is why drinking hydrogen-infused water and inhaling it at low concentrations can be so therapeutic. Numerous studies have demonstrated molecular oxygen to be non-toxic, even in high concentrations.

The Nrf2 pathway is a transcription factor that regulates oxidative stress and inflammation via the body’s antioxidant system. It acts sort of like a thermostat to defend against aging and free radical damage. It also improves cellular energy production in the mitochondria.

Hydrogen As A Neutralizer

Interestingly, hydrogen activates this same internal protection system to regulate and control oxidative stress and inflammation by neutralizing free radicals. Life and health is a balance between the chemical reactions of oxidation and reduction, or the resulting loss or net gain of electrons. When oxidative stress is high, Nrf2 binds with DNA to signal the cells to produce defensive molecules in order to protect themselves, thereby maintaining cellular function, while minimizing oxidative stress.

As stated above, H2 is a selective free radical scavenger, it’s also a selective Nrf2 activator, meaning the pathway is activated only in times of need. This is important because prolonged activation correlates with metabolic changes that promote disease progression via reductive stress, which is the counterpart to oxidative stress. Reductive stress is beneficial, but an overabundance can contribute to cytotoxicity.

The Benefits Of Hydrogen For The Skin

9. Maintains keratin cells in the skin 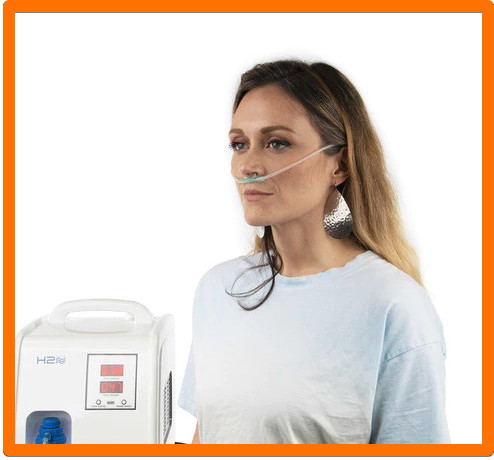 How To Harness The Amazing Skincare Effects Of H2

Promolife offers an H2 hydrogen system that enables you to inhale H2, as well as infuse water with it. The system includes the hydrogen machine itself, H2 inhalation tubing, an inhalation humidifier, water drain tubing, a bubbler tubing with straw, and a power cord. It’s recommended to use distilled water only in the unit.

The system produces 99.99% H2, has a total run time of two hours, with a maximum output of 570 ml/m, however this may vary depending on temperature and altitude.

The plates are made of titanium and DuPont platinum with SPE coated membranes. The water reservoir is 1.8 liters. The total weight of the unit is 27 pounds, with dimensions of 14.5” x 10.5” x 16.5.” Promolife offers a one-year warranty.

You can also purchase a portable hydrogen generator that has an inhalation adapter for inhaling hydrogen. Read the rave reviews here. You’ll be amazed at what people are saying about the benefits of drinking hydrogen water.

Hydrogen may be the new fountain of youth! It has impressive antioxidant benefits, boosts hydration and collagen synthesis, and slows down aging by fighting free radicals and oxidative stress in the skin. Having your own hydrogen generator will enable you to drink hydrogenated water and inhale it in the comfort of your own home at your leisure.  Learn more here.

Did you know drinking hydrogen-rich water had so many benefits? Let me know your thoughts in the comments:)

(1) US National Library of Medicine National Institutes of Health: Modulating NRF2 in disease: Timing is everything

(2) Science Translational Medicine: NRF2 much of a good thing

(4) PubMed.gov – National Library of Medicine – National Center for Biotechnology Information: Hydrogen as a selective antioxidant: a review of clinical and experimental studies

(5) Hindawi – Oxidative Medicine and Cellular Longevity: Oxidative Stress and Inflammation: What Polyphenols Can Do for Us?

(9) US National Library of Medicine National Institutes of Health: Molecular hydrogen: a therapeutic antioxidant and beyond

(14) US National Library of Medicine NationalInstitutes of Health: Structure and functions of keratin proteins in simple, stratified, keratinized and cornified epithelia

Disclaimer: This article is strictly for informational purposes only and is not intended to be medical advice.